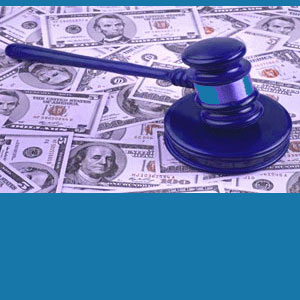 A tax fraud investigation may be commenced against any individual or business that seems to have failed to pay taxes on any form of reportable income. Tax fraud is a huge problem for the government and you can be sure that the enforcement division is made up of some of the finest investigators available, including forensic accountants and asset check specialists. These focused detectives will get to work to prove fraud in most cases and will usually be able to locate hidden assets and unreported income from years past, facilitating the filing of criminal and civil penalties against guilty parties.

This essay examines the problem of taxation fraud and how detectives discover and prosecute instances of tax evasion.

Statistics clearly show that the more money a person has, the more likely they are to commit tax fraud. This is ironic, since those who can barely afford to pay their taxes, seem to do so almost without exception, while millionaires and billionaires are the usual targets of successful tax investigations.

Although many people are successful in hiding assets, or claiming illegal deductions, for some time, the government almost always catches up with them eventually and then systematically goes back in time to discover the full extent of the thievery. Remember that failure to pay taxes is a very serious offense and convicted parties will be marked with a permanent criminal record and face stiff penalties, including financial punishments and jail time.

The IRS, and other international tax organizations, are going high-tech. The latest computerized software actively seeks out discrepancies in tax fillings, taking into account a person’s lifestyle, assets and perceived income and weighing these against the claimed income. Red flagged tax returns are turned over for personal investigation and often come up with extensive evidence of fraud.

In the end, countless guilty parties face criminal prosecution to save a relatively small amount of money in taxes. Even when the scale of fraud is large, the fines and jail sentences that are imposed will have every guilty party wishing they simply paid their taxes honestly, instead of losing even more money, as well as their freedom, if sentenced to federal prison.

Government investigators are smart. Do not be fooled into thinking that you can get away with fraud easily. These investigators know what many criminals are up to and eventually catch up with most instances of serious tax fraud.

Additionally, tax investigators might arrest your accountant or other financial professional who may have intimate knowledge of your fraud and make a plea deal. They will make these people turn against you to save themselves and you will bear the brunt of the punitive force.

Do not take the chance. Always pay your taxes and fully cooperate with any investigation commenced against you. In the end, if you have nothing to hide, then you will have nothing to fear.