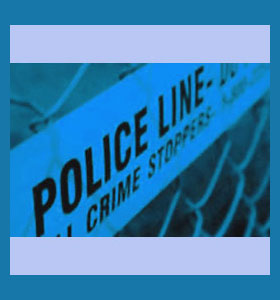 Crime scene photos are a crucial part of criminal investigations, since they are used to document and preserve the scene of a crime for posterity. You will not find any of those gory visualizations on this website. Instead, you can learn how photographic evidence of a criminal act can be used in both official law enforcement investigations, as well as in cases handled by private sector detectives.

It is crucial to document any crime scene immediately after discovery, before any evidence may suffer degeneration or tampering. The sooner a crime scene is located, identified and photographed, the better then chances of finding useable clues as to who committed the crime.

This essay details how private eyes can produce their own crime scene documentation or access existing photos from official governmental agencies.

Why are Crime Scene Photos Taken

Virtually every serious crime scene is documented in photographic evidence by official police photographers. The police will thoroughly detail the crime scene, including all pieces of evidence, before anything is disturbed. This way, other investigators who join the case later on will have a pristine view of the scene as it was first discovered.

Additionally, crime scene pictures are used as evidence in criminal trials to support charges and provide documented proof of certain circumstances which occurred during the criminal act. Remember, crime scene investigation involves just as much proper documentation as it does actual detective work.

Many private investigators become involved in criminal cases in support of civil litigation that may be related to the crime. In this litigious era, it is incredibly common for victims, and families of victims, to start civil suits against criminals, looking to collect punitive and compensatory damages.

Although these private detectives do not have access to the crime scene when the crime was freshly committed, they still typically take the time and effort to fully photograph the location in vivid detail, as reference points for courtroom argument.

It is also very common for attorneys to serve subpoenas on law enforcement agencies to produce official crime scene pictures for civil trials.

All those famous crime scene pictures posted on the internet were never really meant for public consumption. However, it is very common for official photos and crime scene videos to reach the public domain, since the price paid for leaked evidence is so incredibly high, that it is just too much of a temptation for many cops and attorneys to pass up. Every year, you can see tons of what should have been confidential photos and videos in the pages of legitimate newspapers and tabloid magazines alike.

While this is unfortunate for the people involved in these famous crimes, it just goes to prove that the public demands the facts and does not mind seeing the blood and violence in our society, even when these grisly details amount to little more than pure entertainment. It is all rather sad.