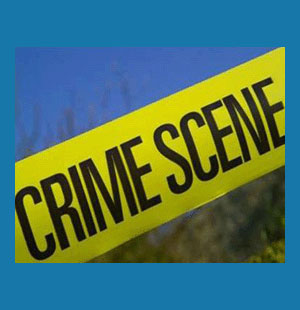 Crime scene videos can be extremely valuable in civil and criminal investigations, since they can provide a detailed and first-hand view of exactly what happened at the particular location of a criminal offense. This is why investigators are often called upon to document crime scenes on video or review previously documented footage in order to better understand the circumstances that led to the criminal occurrence.

Crime scenes are defined as the place where a specific criminal act occurred and are often the first place that police and private investigators will look for evidence needed to solve a case.

This treatise explores the value of video documentation of a crime scene in order to help solve the particulars of the case, including who committed the crime, why was it perpetrated, any witnesses that saw the incident and any other information that might be obtained.

Official police investigations will often entail documenting a comprehensive crime scene account on video and in photograph form. Although these pieces of evidence are not meant for public consumption, many famous cases have made their way into the tabloids when crime scene photos and videos were leaked to press and paparazzi.

Official crime scene media is to be used by the law enforcement investigators who are working on the case. These materials can also provide support evidence for any criminal charges that might be filed against the perpetrator.

In many instances, official police videos and other evidence can be subpoenaed for inclusion in a civil trial that may be directly related to the criminal act. Professional investigators can work closely with police to review video evidence that might be helpful during civil proceedings and can arrange for these videos to be produced in civil court via subpoena and/or FOIL request.

Many private investigators will also take video of a former crime scene, once it is re-opened to public inspection. This can be handy for the investigator’s own work on the case and can provide a real-life three dimensional model of the area, should the investigator need to compare the environment against any evidence collected.

While professional investigation videos are rarely included in criminal matters, they are often called into evidence during related civil litigation cases wherein the investigator is typically called as an expert witness to explain and support their findings.

Sometimes, simply reviewing a video of a crime scene over and over will help the investigator to discover evidence that is not immediately apparent. A subtle feature might have gone unnoticed, but after multiple viewings, becomes as clear as day. This type of occurrence has led to the successful resolution of many criminal matters and subsequent civil lawsuits throughout history.

We are sure at least a few of you came to this page looking for gristly or gory crime scene movies. We are sorry to disappoint. This is not the purpose of this essay or this website. We are here to educate, not entertain with horror. For the rest of you who may be involved in a criminal matter as the victim or alleged perpetrator, video evidence can be one of the more useful tools in any professional investigator’s arsenal.

To learn more about how video evidence of the crime scene can be used to bolster your case, contact a private detective or ask your attorney for a referral to a qualified service provider.

If you are a professional detective who wants to expand their service offerings by performing video captures of crimes scenes, be sure to read more of our articles that detail methods of crime scene investigation and then pursue training with a forensics firm to gain the skills that you will need to be successful.