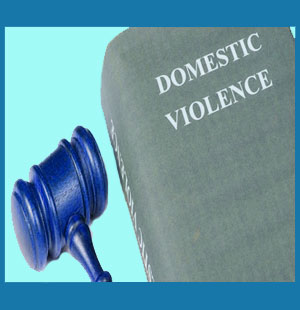 A domestic violence investigation is a very important type of case profile that can be undertaken by law enforcement or private sector detectives. Domestic violence is one of the most common types of criminal activity worldwide. In some countries, victims enjoy significant protection under the law, while in others, perpetrators can get away with literal murder, since many victims do not benefit from adequate police protection.

Domestic violence is one of the most difficult case profiles to perform, since the occurrences take place on private property and often without the benefit of witnesses. Worse still, most victims are children or women who rely on their abusers emotionally and financially to take care of them, making escape virtually impossible.

This essay examines the role played by various types of investigators in solving domestic abuse cases and bringing the guilty parties to justice to face criminal and possibly civil penalties for their heinous crimes.

Domestic violence should always be considered a criminal offense, regardless of the local letter of the law. While most countries of the world embrace this idea and legislate it, some regions provide loop holes for people to get away with serious domestic abuse, rape and murder against family members or domestic employees. This is particularly true among certain religious and cultural groups that do not protect men, women and children equally under the law.

In areas where domestic violence is not tolerated, there are usually policies and procedures in place to protect victims, such as the ability to detain an accused abuser even without witness corroboration of the violence taking place. Criminal penalties of domestic violence have also become substantially worse over the last 3 decades, with perpetrators facing serious jail time for each new offense.

One of the main impediments to successful case work by police in the domestic violence arena is the limit of what law enforcement officers can do on private property. Unless a victim reaches out for help, officers will often be powerless to arrest and charge the perpetrator, unless a third party can report the abuse taking place. Since so many victims are dependent on their persecutors, many will not reach out to police, but instead will silently bear the torment for years.

There is a growing trend to pursue civil litigation against criminals for the damage they have caused to people and property. Among victims of domestic violence who have fought back, the rate of civil lawsuits continues to rise year by year, demonstrating the power of hitting criminals in their pocketbooks, as well as the punishing them with the penalties they face under criminal law.

Private detectives can be hired for this specific purpose, in order to document violent activities in preparation for civil litigation or to bolster a criminal case against the abuser. Private investigators might also be the only help that is available to some victims, especially in regions where police tend to shy away from personal matters that occur in the home, especially when the victim is a woman or child.

Private detectives have far more liberties when it comes to evidence collection than are enjoyed by police. Since professional detectives are directly hired, they have greater access to private property and can prove violence in the home in virtually all likely scenarios.

As mentioned previously, many victims can not, or will not, speak out against their attackers, making arrest and conviction difficult to achieve. If police are frustrated in their efforts to gain cooperation from the actual victim, or simply do not give them equal protection under the law, then hope is grim for a solution to the continuing abuse.

In these circumstances, one of the best methods of ending the persecution is having a friend or family member hire a private investigator to document the abuse and build a case, even without the direct participation of the victim. In the US and abroad, these types of cases have been successfully prosecuted by law enforcement, even when the victim provided no testimony whatsoever. The investigator acted as an expert witness and documented all the evidence that the court needed in order to secure a conviction for the violent offenses.

To learn more about how to investigate domestic violence in a private residence, please contact your local police or consult with a qualified professional detective who specializes in criminal investigations.