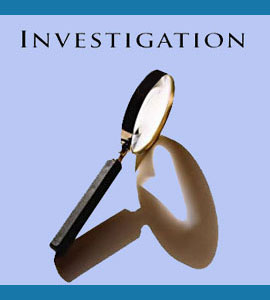 Human trafficking investigations can be commenced by law enforcement or private investigation professionals. In fact, the most successfully operations against human trafficking have been joint efforts between police and private sector organizations. Human trafficking remains a huge problem throughout the world and is even continuing to grow as a multi-billion dollar criminal industry. Worse still, large trafficking operations are usually linked to powerful organized crime syndicates or even governmental officials and departments.

Human trafficking comes in many forms and victimizes people and society in a diversity of ways. In order to provide equal rights for all the people of this planet, human trafficking must be stopped in all forms, although this seems like an impossible quest for the professionals who work diligently each and every day to help those who are brutalized by the practice.

This essay examines the roles of professional governmental and private sector investigators in the battle against human trafficking on an international scale.

Human trafficking can be defined in many ways. For the purposes of this article, we define the practice as using humans as commodities, rather than respecting their rights as autonomous and self-governing individuals.

Human trafficking might involve the movement and commercial exploitation of people for labor. People can be illegally employed in large or small numbers, working for unfair wages and being exposed to dangerous conditions. Child labor might be employed as a form of human trafficking. Migrant labor is often a common trafficking practice that provides great benefits to the employer, while victimizing the workers with substandard conditions. In the worst cases, workers are literally turned into slaves and not compensated at all for their tireless efforts.

The sex trade is one of the worst forms of human trafficking. Women, men, girls and boys are all victimized by sex traffickers who force people to sell their bodies for money. Many people are forced into unwanted marriages. Others are forced into lives as prostitutes. Still other victims are exploited sexually in the media, all for the profit of the criminal traffickers.

There are also less common cases where people are literally harvested for their organs by human traffickers. In these instances, people are paid for their body parts, which are removed in abysmal operating conditions, often leaving the victim to suffer a horrible death. The organs are sold on the black market to the highest bidders. This constitutes the flesh trade in its most barbaric form.

Police, law enforcement and private organizations have all attempted to combat human trafficking, but the practice continues to grow. International trade in human lives is certainly more prevalent than ever before and victimizes millions of people each year.

Human trafficking is difficult to stop, since the people who are most often affected are those who are on the fringe of society and receive little attention from mainstream media. This includes people with cognitive challenges, criminals, drug users, prostitutes and poor, disenfranchised people the world over.

However, all is not so grim. Through cooperation between governments and the combined efforts of law enforcement, military and private organizations, large human trafficking groups continue to fall through victim advocacy efforts.

While it is great each time a criminal empire is toppled, it is sad that others quickly rise up to take their place. Worse still, it is unacceptable that so many of these organized crime organizations are allowed to exist by certain governments, or are even state-sanctioned in particularly horrific locations of the world.

Of course, professional private sector investigators have taken the lead in solving many individual human trafficking cases. These solved cases have resulted in the prosecution of countless criminals and the return of all manner of victims to better lives.

When most people think of human trafficking, they picture children who are victimized in some third world country. Of course, this does occur in unconscionable numbers. However, human trafficking occurs virtually everywhere in the world, including within the most developed and enlightened countries. In fact, in America, human trafficking is a terrible and widely affective problem.

Professional detectives offer hope for families with loved ones who have been victimized. Many of these private investigators have risked life and limb to find and recovery people who have fallen into terrible circumstances, trafficked by soulless human slavers.

To learn more about what you can do to combat human trafficking, please continue to research the topic and correspond with your local government officials to make sure that they are being proactive in battling this blight on society.

If you are your family has been directly victimized, consider getting help from a governmental task force on human trafficking or retaining a professional detective to help attain justice.