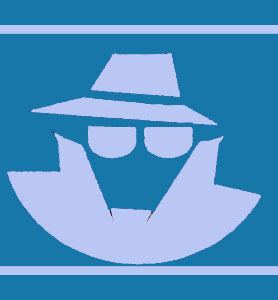 Paranormal investigation is a niche sector of the detective business and is certainly not offered by the vast majority of investigative professionals. The paranormal is a topic which has fascinated mankind for millennia and continues to pose many questions for modern humans today. In an effort to better understand the possibilities of spiritual and supernatural forces in our world, some people go to great lengths, including hiring paranormal specialists to investigate unexplained phenomenon on their behalf.

This essay profiles paranormal detectives and details the types of services that they provide.

The paranormal is also known as the supernatural, the spiritual or the unexplained. This field focuses on studying the possibility of various inexplicable happenings, including extrasensory perception, alien abductions, UFOs, ghosts, hauntings, religious occurrences, miracle healings, mythic creatures, witchcraft and super powers, among others.

Investigative services are typically offered by providers who concentrate on a particular niche of the supernatural and are usually rather expensive. Almost all of these services fall outside of any governmental regulation and most providers have little verifiable credentials which justify their labeling as experts in their respective fields. Regardless, many professionals make very good livings working in the paranormal field throughout the world and some have attained fame and fortune on the basis of their skills or “supernatural gifts .

There seems to be an endless variety of possible case assignments in the supernatural investigation business. Here are some of the interesting types of case assignments that we have heard about:

Attempts to solve suspected hauntings in a particular location.

Attempts to remove demonic possession from a person, animal or object.

Attempts to communicate with the dead, using various means.

Attempts to use divination to predict the future or explain the past.

Attempts to explain ESP, clairvoyance or other seemingly paranormal power.

Unfortunately, there are many scams in the paranormal detective sector. So many unethical providers play into people’s ignorance and their desire to believe in something paranormal. In some cases, these opportunists are eventually charged with criminal fraud, extortion or other horrible acts against their victims and are usually eventually uncovered as being little more than con-artists. However, some investigators in the supernatural realm have proven themselves to have worth and even to get verifiable results which seem to go against accepted scientific findings.

Our advice, for those who are even considering hiring a paranormal detective to work on a supernatural case assignment, is to research the provider thoroughly and demand references which should be checked, prior to paying any fees.