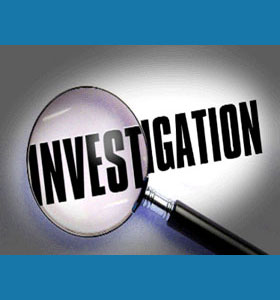 Undertaking a piracy investigation can be the work of official law enforcement agents, police or private investigators. There are many different forms of piracy, each involving illegal theft of some form or another. Piracy is still a huge problem in our world, with modern pirates using methods of stealing which are difficult to prevent and almost impossible to stop once they are in motion.

This dialog will explore piracy, as it relates to the detective sciences, and how pirates can be identified and caught using focused investigative measures.

Traditionally, piracy refers to robbery, assault or battery which occurs at sea. Many people do not realize that this type of piracy is alive and well and sea-going pirates still cause havoc in many parts of the globe. Africa and Southeast Asia are both hotspots for pirate activity, although it can occur virtually anywhere in the world.

Other forms of piracy include stealing of intellectual properties, such as trademark infringement, patent infringement and copyright infringement. Piracy is a word often used to describe illegally copying, selling or disturbing any type of protected media, from movies to music to computer software.

Fighting piracy in all its forms requires a combined effort on the part of all the governments on the planet. While most countries take active roles to prevent sea-faring piracy and media-based piracy, others do little, or nothing at all, to stem the growth of the profitable pirate trade. Some countries even seem to encourage the behavior, by allowing pirates of all varieties to run rampant, without penalty or fear of punishment or reprisal. This is the underlying reason why piracy exists to such a terrible degree in certain parts of the world.

Professional investigators rarely get involved in piracy cases involving actual theft of stolen goods by force. However, many detectives specialize in uncovering instances of electronic theft. These niche specialists are in great demand, since they can usually pinpoint the person, or persons, who are responsible for committing the heinous acts, allowing law enforcement to step in and append the perpetrator to face justice.

Although piracy is against international law, it remains an ongoing challenge for many companies to deal with. Victims of piracy often can not get any satisfaction from official investigative agencies, but private firms may be of some assistance.

There are special investigative companies which focus on dealing with seafaring pirates in all forms and paramilitary organizations which have been known to seek out guilty pirates and enact swift vengeance, returning stolen property to its rightful owner. Of course these scenarios are extreme, but can be brought about for a high price.

For modern media pirates, the best defense is a strong legal team with connections in other countries. Stopping media piracy is virtually impossible, but preventing it from cutting into your economic bottom line may be a more realistic goal.