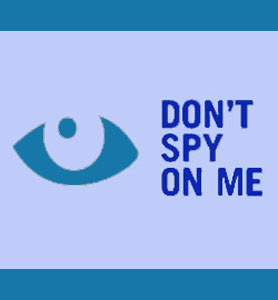 A phone tap is another name for electronic surveillance of a phone line or cellular connection. Tapping a phone is illegal in some areas and hugely regulated in other areas. However, even using legal techniques, a telephone tap can be very damaging in uncovering personal information or details which are meant to be private during a conversation. Of course, many people use illegal and truly invasive methods of tapping a phone to steal personal information, gather competitive intelligence or spy on a person or organization.

This treatise covers tapping landline and cellular phones as part of a professional investigation assignment.

Tapping a phone can certainly be accomplished on any traditional landline number. However, newer technologies can also make tapping possible on mobile phones, VOIP systems and other forms of communications, such as portable radio transmitters.

Tapping is a form of surveillance using the phone as the listening device. It is so effective, since one or both participants are not aware that their conversation is being monitored and possibly recorded, so the parties will continue to communicate naturally. Tapping a phone is an integral part of a variety of detective assignments, including many infidelity investigations, business investigations, and criminal investigations.

Some geographic regions allow wire taps to be used extensively by municipal and private investigators, while other regions monitor or restrict the legal applications of electronic surveillance. Generally, even in areas where phone surveillance is regulated, there is some loophole which will allow a tap to be placed in certain specific instances.

Taps can be placed in many creative ways:

Listening devices can be used from nearby, or even from a great distance, to zero in on private conversations. This can involve equipment which can hear through walls or bionic ears which can magnify sounds.

Concealed microphones and hidden video cameras can record one or both sides of a conversation, when placed in the room or even inside the actual phone.

Scanners can pick up signals sent and received from mobile devices, such as cell phones, PDAs and mobile netbooks.

Finally, human operatives can find themselves conveniently close to private conversations and can be used to listen-in on calls which are thought to be secret.

Phone Monitoring and the Law

Tapping a phone, or using any type of eavesdropping technology, is a touchy subject under the law. Private investigators who use these tactics are trained experts in both the application of the devices, as well as the legal limits and ramifications of their use. Do not attempt to use surveillance to monitor or record a phone conversation, unless you are completely aware of the laws regarding the practice in your area.

To learn more about covert surveillance, including phone monitoring and recording, consult with a qualified and licensed professional investigator today.