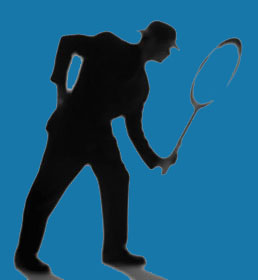 A robbery investigation is one of the most common types of cases handled by petty crime squads on police forces all over the world. However, some cases are also contracted out to private sector detectives, especially when police can not apprehend the robber and the items stolen have substantial monetary or sentimental value.

Robbery is defined as the taking of property or possessions by force or through implied or actual threat of force, as opposed to larceny, which is simply defined as stealing. There are many types of robbery, ranging from piracy on land and water, aggravated robbery with a deadly weapon, carjacking and hijacking, as well as the usual add-on charges of assault and battery which often accompany the crime.

This essay explores how private eyes can become active participants in robbery cases. We will explain why detectives might be more effective than police in solving the case and locating the stolen items in question.

What is a Robbery Investigation

Robbery cases are commenced when a victim reports that one or more items were stolen by force or under threat of force. Robberies are usually crimes of opportunity and perpetrators typically strike when a good chance presents itself.

Robbery crimes are the justification for many criminal investigations by police and other types of law enforcement personnel. Robbery is certainly one of the more common crimes and frequent committal often leads to escalation into violent criminal behaviors. A robbery gone wrong can lead to rape, assault, battery or murder, increasing the case to a higher profile.

Although the official investigative responsibilities fall on police officers, many people hire private investigators to help solve robbery cases. These private sector detectives can often accomplish far better results in a shorter time span and certainly have a good chance of recovering, or at least locating, the stolen goods.

Police have a tough time solving many crimes, since they have extremely finite resources and often face distrust and a general lack of cooperation from witnesses or potential informants in crime-ridden communities. Professional investigators do not suffer these same prejudices and can use bribery and other types of persuasion to gain information that is not readily available to police. Personally, I always found that talking to people on their own level facilitates their cooperation, while showing up in force and asking lots of questions leads to misgivings.

Detectives are not hampered by many search and seizure laws, nor are they restricted in taking the investigation out of the immediate area of police jurisdiction.

Private investigators can help solve a robbery case and maybe even locate and return the stolen property. They can provide testimony at criminal trials to make sure the perpetrator gets punished for their crimes. Additionally, they can do all this is far less time than is typical for an official police criminal investigation.

Besides solving cases for victims of robbery, private eyes can also work to help find the real culprit when an innocent person is accused of the crime. If a person is locked up in jail on a robbery charge that they did not commit, it may be incredibly difficult for them to gain an acquittal, since they have no access to information and no ability to find the real robber.

A professional detective can go to work for any client, clearing their name and bringing the real guilty party to justice. This vindication service is worth its weight in gold and is surely one of the most satisfying of all investigative assignments.