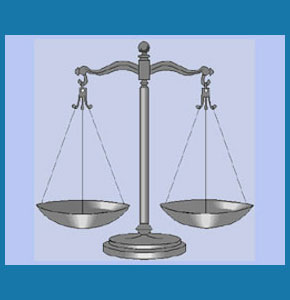 A bullying investigation is a relatively new type of case assignment that helps young people to cope with relentless bullying at school or in their neighborhood. Bullying has become an interesting legal topic, since more and more areas are now considering the matter to be very serious as a criminal offense. Bullying is unlikely to ever stop completely, as it seems to be a rite of passage for so many children. However, with the new view on its occurrence, professional investigators are ready and willing to assist victims in achieving justice for their suffering.

This article explores bullying cases that are handled by private detectives. We will detail the services that investigators can offer to bullying victims and how they can be instrumental in making the abuse stop once and for all.

What is a Bullying Investigation?

Bullying is defined as intimidation, threats and general malevolence toward a person by one or more parties for some specific reason. The word is most often used to refer to the harassment of a young person of school age by others of similar age, although technically, the occurrence can describe any scenario where a person is bullied by another, regardless of age or life circumstances.

Bullying is most often committed because of differences between the victim and the bully. These differences might include race, religion, beliefs, sexual orientation, appearance, gender, size, athleticism, intelligence, socioeconomic status, social interactions or habits. Bullies generally like to seek out these differences and demean their victims over them, placing themselves in a position of perceived superiority compared to their victim’s inferior nature.

Bullying remains debated legal ground in some areas, while it is aggressively fought against in others. However, many of the components and tactics of bullying are certainly criminal offenses in virtually all jurisdictions worldwide. Therefore, detectives who accept these cases seek to prove that specific crimes are indeed being committed against their client through documentation of these cowardly acts and presentation of the evidence to official law enforcement agencies for prosecution.

Defectives will accept cases of bullying in an effort to defuse the scenario legally. They will virtually never confront the bully directly, but instead will document the abuse in an effort to seek legal penalties under the law. There are many criminal actions which often constitute bullying. If these acts can be documented and proven in a court of law, then the bully will have real legal problems on their hands. Bullying might include criminal acts consisting of any of the following scenarios:

Assault does not require contact to be a criminal offense. The threat of violence is sufficient to prove assault. Battery requires physical contact of a threatening nature and often accompanies assault charges.

Harassment is one of the easiest crimes to prove and prosecute, although penalties are rather low traditionally. Most harassment charges are filed to increase the severity of more significant criminal charges.

Illegal surveillance and exploitation encompasses the production and distribution of compromising images and/or video that are authentic, but illegally produced or acquired, or manufactured via photo-editing or other computer application.

Coercion/extortion is a crime and is often included with traditional bullying practices.

Stalking is a very serious criminal offense in many parts of the world.

In addition to these crimes, if the detective can show that the victim was targeted due to race, religion, sexual orientation or other personal characteristic, then these above criminal offenses can be considered hate crimes and will escalate in legal severity.

The primary goal of a bullying investigation is to save the victim from further cruelty by aggressively pursuing legal criminal action against the perpetrator. The secondary goal is to publicize the entire process in order to discourage copycat bullying from affecting anyone in the area where the case is held. Statistics show that successfully prosecuted bullying cases result in far lower incidence of new complaints for over 100 miles.

To learn more about hiring a private investigator to help you with a bully problem, please contact a local licensed and bonded detective to best results.