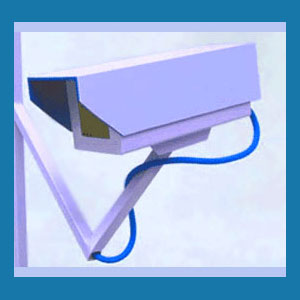 Surveillance cameras are all around us in today’s society. We are constantly monitored by the watchful eyes of millions of private and municipal cameras while we shop, drive or simply walk the streets. Surveillance techniques have come a long way in the past 30 years, making commercial and private security tighter than ever before.

This treatise discusses the increased presence of security cameras in the modern world and focuses particularly on the use of surveillance photos and video in the professional detective trade.

Governmental agencies are some of the most common users of video surveillance technologies. Cameras are used to watch over sensitive locations, patrol public areas, keep the peace in parks, maintain order in train stations, heighten security at airports and closely monitor pubic activity at courts, police precincts and other governmental facilities.

New facial matching technologies are making it possible to identify wanted felons and suspected terrorists in any public place.

More businesses and individuals are also using hidden camera technology to ensure their safety and prevent unwanted events, such as vandalism and theft. Businesses often set up hidden video cameras to catch shoplifters and employees who might pilfer some money from the cash register occasionally. Store detectives have many ways of enforcing loss prevention programs throughout their organizations and surveillance technologies are a valuable part of most effective internal security plans.

Surveillance technology is also a key component of home security, with an ever-growing number of homeowners choosing to install cameras outside their homes to deter loitering, burglary and mischief. Some homeowners also install nanny cams on the inside of their homes to monitor activity when they are not around to supervise their children, pets and domestic help in person.

A World Filled with Surveillance Cameras

There are a huge number of different types for video cameras suited for indoor, outdoor and nighttime use. Infrared and night vision technologies have increased the effectiveness of private security at any time of day or night and in any weather. The best part is that there is so much competition in the security product industry, so the cost of cameras, and other surveillance tools, has become very low.

To learn more about using cameras for surveillance, or home security, contact a store which sells spy tools or a licensed private investigator.