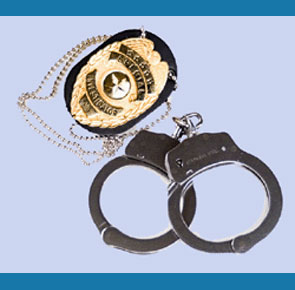 An armed security guard is a specialized career position which requires carrying a firearm as part of the job description. Armed guards typically earn more money than unarmed security guards, but they also have more regulations on their positions and must be responsible for the proper and legal handling of a deadly weapon.

This article provides information on securing an armed guard position, including detailing the types of jobs which might be available and the legal responsibilities of armed security contractors.

Armed guards are typically used as deterrents to robbery, kidnapping, terrorism and other violent crimes. While most security jobs do not require carrying a blatant or concealed firearm, armed guards can never be without their weapon while working.

The most common applications for armed security personnel include: bodyguards, paramilitary contractors, bank guards and armored transport guard. However, there are many less common types of armed contractor positions available, especially in the fast-growing sector of corporate security.

Armed guards must have their security guard license and training up to date. Additionally, they must possess a permit or license to carry a firearm. While some geographic areas make getting a firearms carry permit quite easy, other municipalities have very strict controls on who can carry and under what specific circumstances.

When working as an armed guard, make sure to understand and abide by all regulatory laws in place in your area, to avoid losing your job, losing your carry permit and possibly facing criminal charges for the inappropriate utilization of your weapon privileges. Most agencies will keep employees up-to-date on the latest changes and developments which affect them, but independent guards should be vigilant to stay current on any alterations in the present carry laws.

Working as an armed guard can be interesting, but is generally thought to bemore dangerous than typical security work. The fact that any criminals already know that these guards are carrying loaded lethal weapons makes them escalate any force they intend to use against the security staff.

Armed guards should always wear body armor, consisting of a bullet proof vest, as a minimum requirement, and possibly being as extensive as full tactical gear, depending on the nature of the assignment.

To learn more about becoming an armed security officer, or upgrading your present unarmed guard status, contact a private security company or the appropriate governmental licensing division near you.