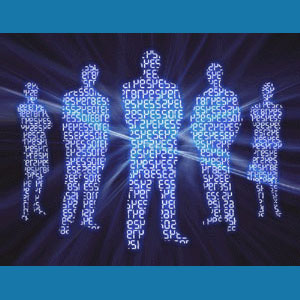 Cybercrime investigations compose a growing field of specialization within the larger professional detective vocation. The use of computers continues to expand globally for more and more criminal applications every day. Although computers are extremely reliable and useful tools, they can be exploited by criminals for selfish purposes and illegal gain, creating the need for qualified investigators who can protect networks, safeguard the public against all manner of threats and solve matters where criminal action was perpetrated using computer technology. The internet is the battlefield where cybercrime takes place and familiarity with the tactics used by cybercriminals will facilitate a lucrative career path for any niche detective.

This resource examines the different types of cybercrime that can occur, as well as how detectives can be used to prevent or resolve instances of criminal action involving computers.

Cybercrime is a heading used to describe criminal actions perpetrated against the public at large or against specific targets using electronic media. Criminals might operate on the internet or on specific private networks through legitimate access or by hacking into private and secure connections. Cybercrime comes in a wide range of subtopics including all of the following offenses and intentions:

Theft is one of the main types of cybercrime and can be further divided up into many different critical offenses. Online piracy targets protected works of art, literature, music or media and usually seeks to disseminate or sell the intellectual property for profit. Direct theft of data or personal information is a common cyber offense and can be used to target individuals, as well as governmental or corporate entities. Credit card theft, identity theft and other types of theft are common objectives of criminals who illegally hack into secured connections and networks. Theft of copyright-protected internet content is a terrible occurrence that affects many web-based businesses. Criminals steal the very substance of web content and re-use the material for their own gain.

Blackmail and extortion are often used when private and sensitive material can be stolen from a computer or network to increase the value of the criminal offense.

Dissemination of malicious scripts, such as malware, spyware and viruses is a huge industry that nets criminals huge profits yearly.

Illegal surveillance can be performed using technologies. Offenses range from intellectual property theft aimed at corporate targets to instances of remotely controlling an individual’s personal computer to take compromising photos or video footage of them without their knowledge. Stalkers commonly use cyber methods of surveilling their victims.

Cybercrime is often used to facilitate real world crime, such as attempts to shut down security systems and monitoring systems, allowing robbery or actual theft of property contained in the target location.

Terrorists have excelled in using the internet to further their agendas and are often involved in many different types of cybercrime aimed at targets on a global scale.

There are many ways that private investigators can help to combat cybercrime for individual, corporate and governmental clients. However, in order to work in this field, the detective requires highly specialized skills including computer forensics, network security training and a range of real world experience that has taught the investigator how criminals utilize technology to achieve their illegal objectives. Detectives with these focused talents can offer any of the following services to battle cybercriminals:

Some investigators focus on prevention efforts, offering services that are geared towards resisting efforts of cybercriminals before breeches can occur. Securing private and public networks is always a profitable skill. However, many of the best investigators concentrate on securing particular parts of a network for maximum effectiveness. Some of these focuses can include securing email servers, database security, protecting sales and ecommerce protocols and internal network employee monitoring.

Other investigators specialize in solving cybercrime actions that are presently occurring or have already occurred. These computer experts will use forensic evidence to pinpoint the location and identity of cybercriminals on the world stage and then liaison with real world authorities in an attempt to apprehend these criminals and stop any further offenses that could be used to generate illegal profit or punish the target of the crime. Many of these detectives work to end distribution of illegally-gotten goods and intellectual properties by working with webhosts, domain registers or internet service providers globally.

There are some new avenues to explore in cybercrime investigation that might not even involve illegal activity, but can still be profitable nevertheless:

Bullying has become a big problem in many countries with people taking to social media outlets to use strong-arm tactics against innocent victims. While these actions are not universally viewed as criminal, detectives can work to stop cyberbullying and prevent bullies from using intimidation and embarrassment tactics against their victims. This is especially important given the recent rash of suicides that have been linked to cyberbullying.

Consumer advocacy groups often monitor online businesses that sell suspect goods or services. While these companies might not be doing anything illegal, these special detectives can help to spread the work about online scams and report these companies to consumer protection agencies, such as The Better Business Bureau.

Some cybercrime investigators are employed as hackers themselves in espionage roles or as counter-espionage positions. These governmental jobs can pay huge salaries for the very best electronic forensics specialists.

Since technology is always expanding in its applications, the future is bright for detectives who are involved in combating cybercrime. Of all the investigative fields, this one surely has the most growth potential for the conceivable future and is certainly a great focus for any investigator who can rise to meet the challenge posed by an ever-growing number of cybercriminals worldwide.